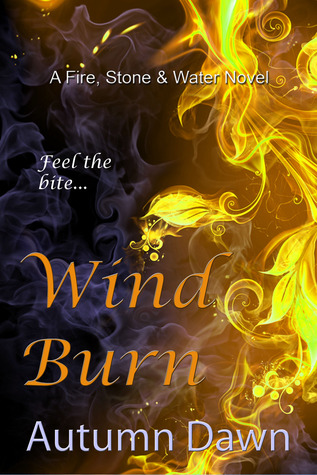 Some authors seem to be able to do it all. I’m super psyched to welcome one of those rare talents, Autumn Dawn. I first came across Autumn when I was on a sci-fi romance bender. Her novel No Words Alone dragged me right into a stunning world alongside a strong, female lead who had clear, sympathetic goals and was the exact opposite of the TSTL (too stupid to live) heroines that make me roll my eyes. In sensitive political situations with men of a different race who had the power to harm her, she played it safe–gasp–and made compromises to her goals while bravely but respectfully pressing for the things that were most important to her and her organization.

It was amazing to read a work in which conflict came not from the heroine and hero being different and making decisions that emphasized those differences but being different and trying to contain and understand those differences. If you want to peek at my Goodreads review of No Words Alone, go here. Autumn was good enough to let this fangirl interview her for today’s Free Publicity Friday.

Thanks for stopping by, Autumn. What corner of the world do you call home, and what is your favorite thing about where you live?

Washington, because it has four seasons and never gets -60 F.

I love the seasons in Washington too! What are your favorite genres and authors to read?

What elements in a blurb can you never resist, no matter how large your To-Be-Read pile is?

An interesting universe will get me every time, but I won’t buy unless the first few pages/chapter reels me in. You can almost always tell if the book will work for you in the first few pages. Sensible, strong females are great, stupidly stubborn to “prove” they’re strong drive me crazy.

I hear you on the sensible female characters. Yours definitely are. What’s the tagline of your latest release, Wind Burn?

Tech Sergeant Gale Adam’s final flight over the North Pole is supposed to be routine; instead it changes her destiny. Transformed by the Fates, tossed out of her KC-135, Gale is alone in the desolate arctic wilderness. Cursed with the power to destroy all she loves, can she prevent elemental Nitro from extinguishing her home, her family and their future?

I LOVE the North Pole setting! Tell me one secret or surprising fact about each of your main characters.

Don’t know about surprising, but I do try to make each character, each world, different. Cookie cutter characters suck.

What one lesson learned in the past year has helped make you a better person or writer?

I hope this isn’t too forward of me, but I know you’re a Christian and an author of not-necessarily-inspirational romance. Like me! What challenges have you faced as a woman who loves the Lord writing for an audience made up of people of all faiths?

Would I expect a Muslim to write for a Christian audience? I write what I believe. Anything else would make me a suck up and a fake. We have enough politicians, thanks.

For those who think sex is inherently evil: There’s a romance novel in the center of the Bible. Song of Songs, climb the palm tree, take hold of the fruit?

We were created to have it, we need it to survive as a race, but like all good gifts, it’s often corrupted. The rules about fidelity, traditional marriage, etc. are there to protect, not punish. Don’t run into the road, Sofie. You might get hit by a garbage truck.

The Bible is full of paranormal stuff. Angles, demons, miracles, plagues, heaven, hell, resurrection, virgin birth, curses, giants, talking donkeys. The key is to pay attention to who the good guys are. Demons and witches aren’t heroes and angels don’t have sex with humans. A fallen angel is demon, period. Demons aren’t your buddy, pal.

We all have to answer for our life; some of us sooner than others.

Your passion for embracing stories that don’t shy away from strong themes and emotions comes through. It shows in your work, too, if I may say so. Last but not least, can you tell me where readers can find Wind Burn?

Find it at Smashwords, Amazon and other fine bookstores.

Thanks for coming, Autumn. Good luck with Wind Burn!

To learn more about Autumn and her works, which cover fantasy, YA, paranormal, urban fantasy, and sci-fi, swing by her little corner of the web. And check out Wind Burn. Add it to your Goodreads shelf if you’re as smitten with the concept as I am.

USA Today Bestselling Author Jessi Gage is addicted to happy-ever-after endings. She counts herself blessed because she gets to live her own HEA with her husband and children in the Seattle area. Jessi has the attention span of a gnat…unless there is a romance novel in her hands. In that case, you might need a bullhorn to get her to notice you. She writes what she loves to read: stories about love. Leave a comment to introduce yourself! There is no better motivation to finish her latest writing project than a note from a happy reader! Don't forget to sign up for Jessi’s newsletter so you’ll never miss a new release. Thanks for visiting!
View all posts by Jessi Gage →
This entry was posted in Book Review and tagged Autumn Dawn, fiction, Free Publicity Fridays, Jessi Gage, Jessi Gage author, Jessi Gage romance, romance author, Wind Burn. Bookmark the permalink.